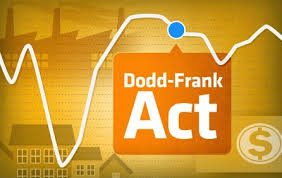 A plan to ease banking regulations has passed its first hurdle in the House of Representatives. This Fox Business article explains the changes that will occur if the bill passes the Senate.

The House of Representatives passed the Financial Choice Act recently, a bill that would significantly roll back a multitude of financial regulations implemented under an Obama-era financial law called Dodd-Frank.

Republicans, including the Trump administration, believe Dodd-Frank inhibits U.S. economic growth through burdensome regulation that prohibits lending. The Choice Act, introduced by Rep. Jeb Hensarling (R-Texas), would free up banks by gutting many of the provisions put in place in the wake of the 2008 financial crisis.

While the bill still requires Senate approval, something that could prove much more difficult to attain without Democratic support, here are some of the changes consumers can expect if the GOP begins to unravel Dodd-Frank.

Republicans have long criticized the watchdog agency, which was created under the 2010 law, for having too much power in its current form. Under the Financial Choice Act, President Trump will have the freedom to fire the head of the agency. Additionally, it will be subject to the appropriations process, meaning Congress would have ultimate authority over its budget. As it stands, the CFPB is solely answerable to its director, which some believe renders its existence unconstitutional.

Further, the Choice Act will repeal the CFPB’s supervisory authority, eliminating its ability to investigate bank practices and instead would return that power to banking regulators. Some argue the “unchecked” authority of the bureau has stifled progress and innovation at banks.

“[This bill will] make [the CFPB] more accountable to the administration and to Congress. That is probably the core of the Financial Choice Act,” J.W. Verret, former chief economist at House Financial Services Committee, told FOX Business.

Under the new bill, banks would be able to maintain higher levels of capital reserves in exchange for less rigorous regulation. Having more capital in the economy is something Republicans believe will lead to increased lending, particularly among community banks. Strengthening capital formation is another major goal of the Trump administration, especially Treasury Secretary Steven Mnuchin, who says it is key to spurring U.S. economic growth. The Choice Act repeals sections of Dodd-Frank, including the Volcker Rule, that are believed to be preventing the net accumulation of new assets. With that extra capital stock, businesses may be more likely to take risks or innovate.

New solution to “too big to fail”

The Choice Act relaxes regulators’ authority to wind down a financial institution perceived to be on the brink of failure — Orderly Liquidation Authority — a reform that Republicans have called a way to “prevent taxpayer bailouts.” It replaces that process with a new way to accommodate the failure of large financial institutions. Additionally it will repeal the Financial Stability Oversight Council’s ability to identify an institution as a risk to the health of the economy.

Federal stress tests on banks would only be conducted once every two years, a reform that Verret said could increase lending and invoke a little more “consistency” for financial institutions.

The Choice Act explicitly states that it intends to “demand greater accountability and transparency from the Federal Reserve, both in its conduct of monetary policy and its prudential regulatory activity.” It also stipulates the Fed adhere to the FORM Act, which requires Fed policymakers to more thoroughly explain, and be held accountable for, their monetary policy decisions – a move intended to make more information available to investors.

The Congressional Budget’s most recent analysis of the Choice Act estimates that it will reduce deficits by $33.6 billion over the 2017-2027 period.