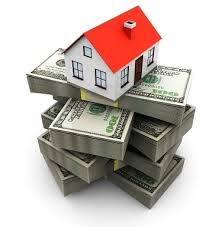 People who bought their homes after the housing bubble burst are more likely to have an unrealistic view of their home’s worth than those who bought before the housing downturn, according to a report released by Zillow this week.

In this article from CBS Moneywatch.com, it is pointed out that many  who bought their homes in 2007  or after had overpriced by 14% compared with those who bought between 2002 and 2006, who have overpriced by 9%. The article goes on to point out that the post 2007 group may have thought that they escaped the worst of the downturn in prices, but that they were wrong.

That means that even people who bought after the bubble burst need to break out the pencil and paper and do serious research into what has happened in their market since they first bought their home, whether it was four years ago or six months ago” according to the article.

Of homeowners who said they intend to sell their home in the next four years, people who purchased their home after the bubble were also more likely than those who bought earlier to base their asking price on the price they originally paid for the home, according to Zillow.

No one likes to admit their home has gone down in value — especially when it hasn’t been that long since you moved in. But if you need to sell that home after living in it for just a few years, take a deep breath and price it right, otherwise it could end up costing you even more.

For many sellers today, the benefits of moving on to the next chapter of their lives in a new home outweighs the fact that they will be accepting a price that is lower than they would have liked to receive. The added benefit they will realize is the fact that the nest home they decide on will also be down in value. Thus, this will likely offset the loss on the present home.