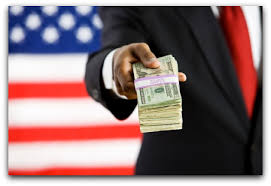 Nearly half of those first time homebuyers who claimed the $8,000 tax credit on their 2009 tax returns will have to repay the money to the government due to the fact that they purchased in 2008 when the credit was structured as a loan from the government. Had they waited until 2009 to purchase, the tax credit turns out to be a refund from the government, a much sweeter deal. Read more