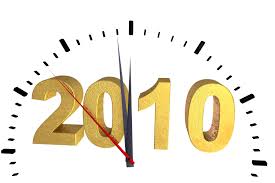 Nine months into 2010 and the U.S. Senate has still failed to take up common-  sense estate tax reform despite serious problems that inaction is creating for ordinary Americans.

Under the laws passed during the Bush Administration, the estate tax was temporarily repealed for  2010, but is currently set to return in 2011 and will apply at a rate of 55% of all assets in excess of $1 million. The House voted in 2009 to extend the 2009 estate tax laws permanently,  meaning that the IRS would tax assets in excess of $3.5 million at a rate of 45 percent. But the Senate failed to take up the bill and is still ignoring the issue.

Most  wills and trusts for married couples were drafted with language commonly known as a “formula clause” which governs how the assets are to be divided after the first death. Such formula clauses were drafted without any conception that the estate tax might be repealed, even temporarily. Thus, should the first spouse die in 2010, the absence of the estate tax may seriously distort the couple’s estate planning intentions.  Many surviving spouses could effectively be disinherited in favor of children or other heirs. Every day that goes by without Congress deciding this issue thousands of deaths are occur and this issue becomes a crisis for the surviving spouses. Many wills and trusts should be rewritten now in order to avoid such a crisis.

Whatever Congress decides to do, make sure you seek a review of your will or trust by an estate planning attorney. Doing so will assure that your documents will maximize the estate tax savings for your family.

For additional advice on this or any other estate planning matter, please call The Law Office of William J. Reinhardt, Jr. at 718-377-8880 or send an e-mail to bill@billreinhardtlaw.com.